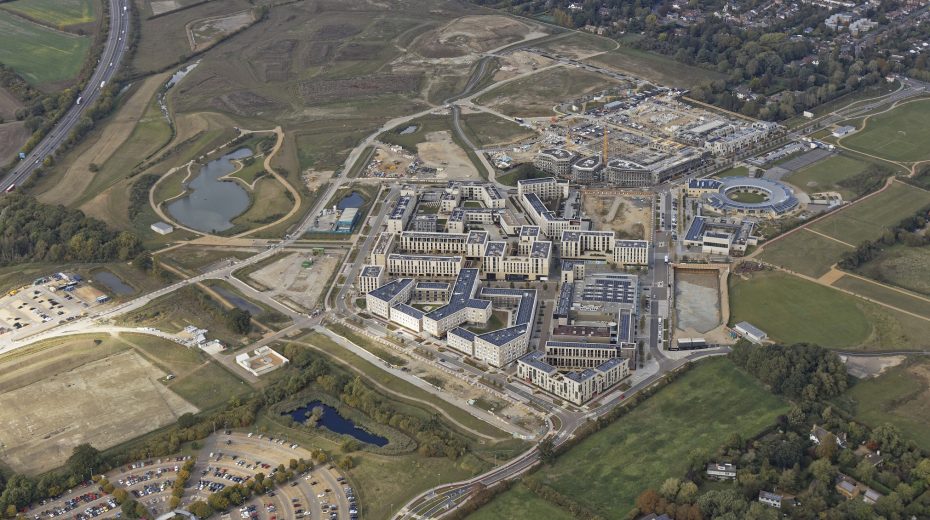 Eddington has been named as a finalist in the 2020 Urban Land Institute (ULI) Europe Awards for Excellence.

The ULI Europe Awards recognises the superior development efforts and are evaluated on a range of topics including excellence in architecture, design, planning and construction; having a positive impact in local communities; and exhibiting environmental sustainability, stewardship and resilience, amongst other factors.

Heather Topel, Project Director of the North West Cambridge Development commented: “We are delighted that the University of Cambridge has been recognised for its development of Eddington at these awards. Our vision was to create a long-lasting and sustainable place for the benefit of both the University and the City, and it is wonderful that the achievements of the project are recognised amongst other esteemed developments in Europe and beyond.”

Eddington opened in 2017 as a new part of Cambridge and includes homes for University and College key workers, homes for sale, student accommodation as well as the facilities to support the local community including a primary school, nursery, supermarket, community centre and sports fields and parklands.

Giancarlo Scotti, Chair of the 2020 ULI Europe Awards for Excellence Jury commented: “It has been fantastic to see such a diverse range of projects all pushing the boundaries in terms of what can be achieved with carefully considered real estate initiatives. These ten finalists are leading the way in their respective categories and set an exemplar standard.”

Alongside Eddington, the other finalists for the 2020 ULI Europe Awards for Excellence are:

The overall winners will be announced later in the year. For further information about the competition, please visit: https://europe.uli.org/awardsforexcellence/