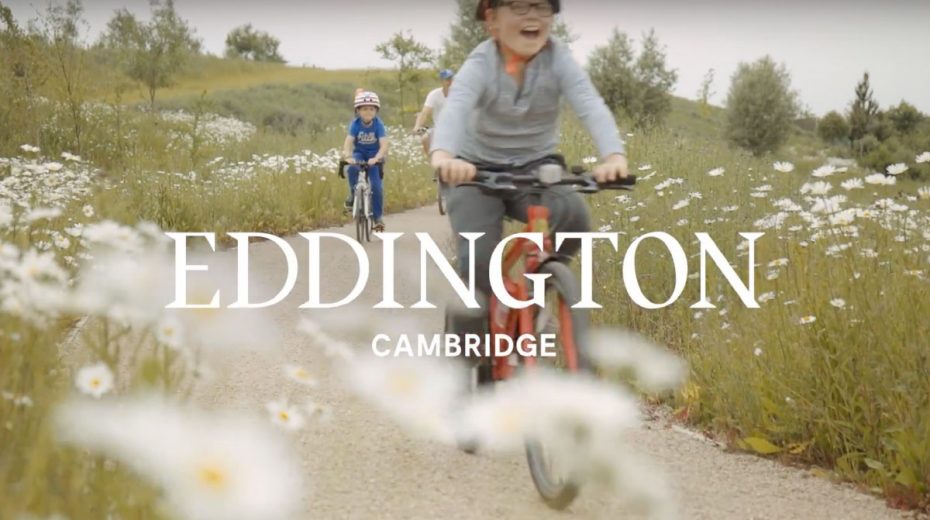 Hundreds of cyclists came to Eddington, the new community being delivered by the University of Cambridge, for the first ever Eddington Cycling Festival.

The festival, held on June 9, was a fun family-friendly day for residents and the wider Cambridge community. Visitors used pedal power to make smoothies, watch films, listen to music and more. Participants challenged each other to see who could change an inner tube the quickest, and who could unpack and re-pack a Brompton fold-up bike as quickly as possible.

Speedy contestants managed to change an inner tube in under three minutes and, in a race that left even the adjudicator stunned, open and fold a Brompton bike in under 30 seconds.

Dr Bike was also on hand to provide bike maintenance for those who needed it, and there was a constant stream of cyclists wanting to try out quirky and unusual bikes around a circuit.

Warren Forsyth, Operations Director of the North West Cambridge Development, said: “Eddington saw the Cambridge community come out in force for this fantastic cycling event. It is wonderful to see people, both those who live at Eddington and those who live in the neighbouring communities, coming together to enjoy this new part of the city.”

Over 500 visitors came from Eddington and the wider community, including University Pro-Vice Chancellors Andy Neely and Chris Abell, showing their support of the University’s Eddington Number Challenge. The campaign runs until September and aims to get more people cycling and walking in the Cambridge area.

The campaign is based around the Eddington Number, which is used by cyclists to measure their achievements. Named after its inventor Sir Arthur Eddington, who is also the astrophysicist, astronomer and mathematician that the district is named after. Participants are able to calculate their number and track their progress on the Eddington Number website (eddingtonnumber.co.uk) and connect with other cyclists using the Strava platform.