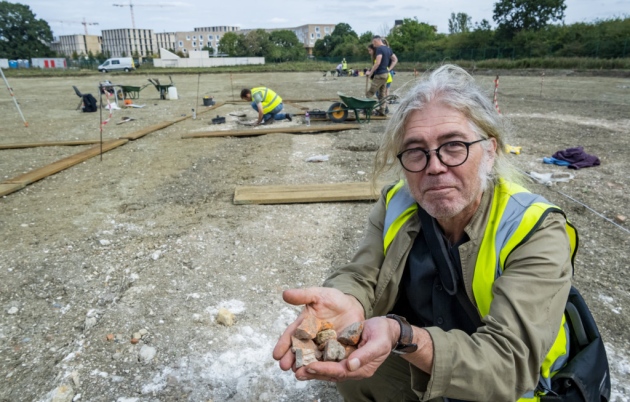 Cambridge Independent: Visit the remains of a Roman villa at Eddington as part of Open Cambridge

It is clear that there was a fairly substantial Roman presence at the new city area being developed by the University of Cambridge, as the remains of a Roman villa are being excavated near the site.

The villa has been uncovered by the university’s archaeological unit in a field next to the Madingley Road Park & Ride and will be open to the public at Open Eddington this weekend. Digging began in the field around three weeks ago.

The team already suspected the existence of a Roman building when they discovered Roman building materials, including roof tiles, bricks and window glass, in the area during a previous dig.

But having previously uncovered two prehistoric funerary monuments, Roman settlements, cemeteries and roads, experts were not expecting to unearth anything further.

The excavation – in an area the size of four football pitches – has revealed a rectangular Roman enclosure containing the outline of a ‘winged-type’ villa, along with a large aisled hall and other buildings.