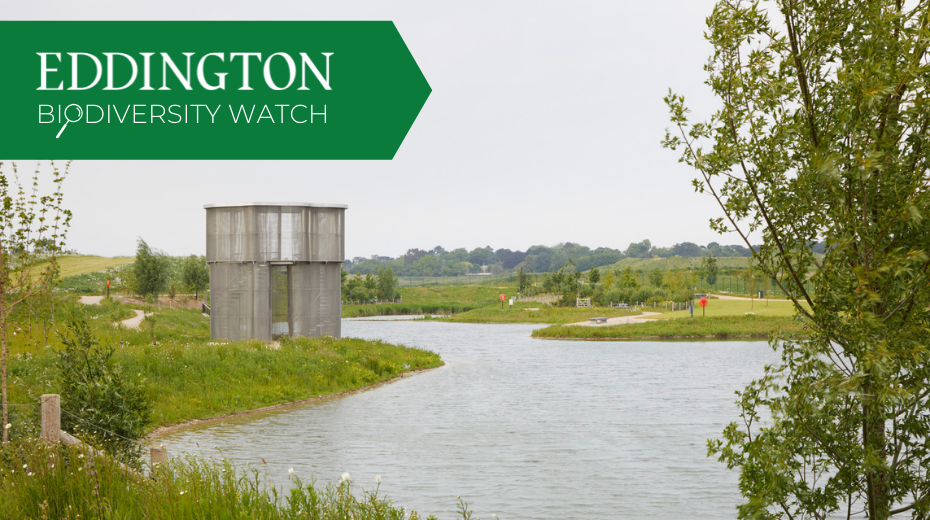 Project Ecologist, Mike Dean, has worked on the Eddington development for over ten years.

In a short series of blogs, Mike will highlight some of the native species that can be found in the wildlife at Eddington which supports the University’s ambition to create a sustainable neighbourhood.

Nine years on from construction work commencing, the new habitats created during the first phase of Eddington are already well-established and are being used by a wide range of species.

The design and creation of these habitats was informed by a Biodiversity Strategy, which targeted several habitat types in particular, with the aim of ensuring that Eddington provides a meaningful contribution towards the local biodiversity resource.

Ecological monitoring was carried out in 2018 and again in 2021 and this has provided a useful picture of the habitats and species present at Eddington.

The most obvious new habitat at Eddington is the lagoon at Brook Leys with its reedbeds, extensive area of open water, wildflower grassland and tree planting.

The lagoon is home to a range of waterfowl, including a regular family of swans as well as moorhens, coots and mallards, as well as a number of other bird species. But last month we confirmed the arrival of a less visible species that was one of those targeted by the Biodiversity Strategy – the otter.

Otters are making a comeback across the country from a major decline that occurred in the 20th Century.  They’re now quite common, so it’s not a complete surprise to find them using the lagoon at Eddington, and probably also the Washpit Brook, where they’ll be hunting for fish but also frogs at this time of year.

How to spot an otter?

Otters are great swimmers and can swim past you without you knowing it but look out for a trail of small bubbles on the surface which they leave when swimming underwater.  And their tail sometimes pokes out of the water, particularly when diving from the surface to search for food.

Otters mark their territory with piles of droppings in prominent locations, containing fish bones and scales, frog bones, or sometimes the exoskeleton of crayfish.

The droppings are black when fresh but go grey as they dry out with a distinct odour that is slightly sweet and slightly fishy! 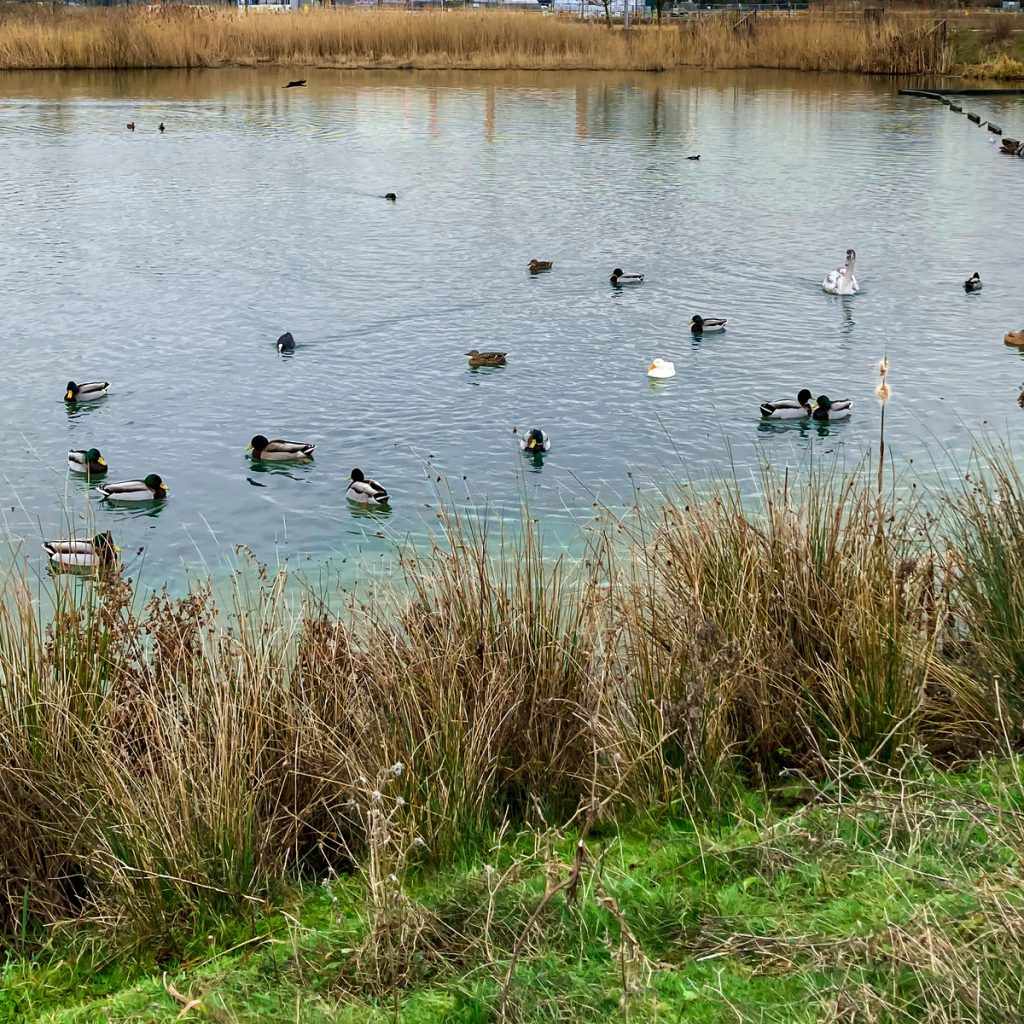